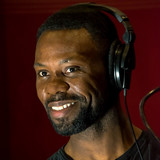 Martin Huss is a reggae-infused rapper with a pop-hybrid sound who leverages his lifelong passion for music to create unique and catchy songs as Husslaah. Music has always been in his blood: his father was a DJ in Jamaica and Canada playing primarily reggae, so Martin grew up with a strong reggae background, moving to Canada at age 9. In school he studied the performing arts with a focus on music and he played various instruments, prizing the trombone. His musical influences include Twista, Tech N9ne, Shaggy, Sean Paul, Eminem and Busta Rhymes. Martin recorded his first song in 2013, and has been honing his craft over the past seven years. He has experience in live performance and recording, and has been working as an actor in the city of Toronto while crafting his music. He also has experience in film and audio production, and is skilled in using his connections to optimize funds to create the most professional product possible for the budget at hand. Martin’s sound is something new, fun and dynamic: the awakening musical escape that we all need.