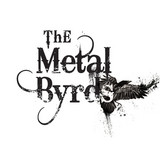 The Metal Byrds band are born musicians. London born Suzanne Birdie, has a power-pop rock voice that compliments Sly Rye's ripping rock riffs and lead guitar solos in every song! These catchy songs are throwback to a time where female front-women dominated the radio waves with rocking sounds. A time where Hair Bands and Classic Rock & Roll ruled the world. The Metal Byrds have received rotation on both international and national radio stations and have a fan base that keeps on growing.

Currently having four songs that have risen up the radio charts to reach #1, they maintain at least one song on any given top ten chart, every week since the beginning of 2020, as well as being featured on several explosive and popular Spotify playlists that feature other great up and coming Indie Rock bands and musicians. Stay tuned for their fourth album, slated to be finished by the spring of 2021.