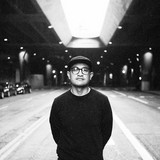 Always an avid listener and collector of hip hop, jazz, and soul music, Freddie finally began djing in the mid 90’s, which slowly progressed into recording and production. Since then, he has continued to produce music featuring such artists as, J.Cole, Aloe Blacc, Blu, Grap Luva, LMNO, Kev Brown, Joey Bada$$, Carlitta Durand, and has had his music mentioned by Erykah Badu,Phonte, Slum Village, and more, and his music has been praised by such publications as Wax Poetics, Okayplayer, and more.

His production has been featured on major television networks such as MTV, NBC, and HBO, as well as licensed songs with many popular brands and companies, including DC Shoes, Nike, Adidas, Monster Energy, K-Swiss, and more.