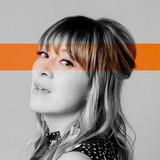 The story begins over a decade ago, at a steamy, sold-out show at the Montreal Jazz Festival. Jill Barber, an Anglophone singer-songwriter, surprised her audience with a French translation performance of one of her songs. When the song ended, there was a pause. Then the room erupted into a standing ovation. A relationship was born. The overwhelming response inspired Jill to record her debut French album, Chansons (2011), which has proven to be a hit not only in Quebec but internationally as well, attracting millions of listeners to Jill’s interpretations of French classics from Piaf to Gainsbourg. In yet another bold move for Barber, whose career has seen award-winning turns in indie-folk, jazz, and pop, Barber returns with Entre Nous (2020), her first collection of original French songs, co-written with Francophone collaborator Maia Davies and produced by Montreal producer Gus Van Go. Much like her musical predecessors Jane Birkin and Gillian Hills, the more Barber sings in French, the more she is embraced for her unique and charming accent. Singing in the language she loves lends a quality to her voice that is vulnerable, tender, playful and passionate. As a songwriter and performer, Jill Barber has reached rare air: she is beloved in both English Canada and La Belle Province. With Entre Nous, the relationship is consummated.