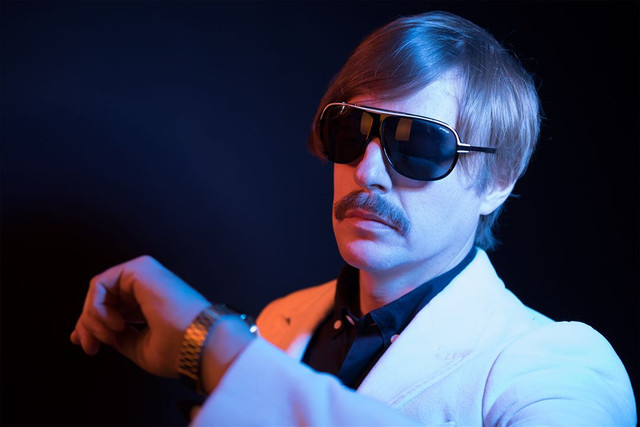 The Legends are one of several indie pop projects masterminded by Swedish producer/musician Johan Angergård, whose other bands include the Acid House Kings, Eternal Death, Djustin and Club 8. Initially conceived as a fuzzy, gutsy indie pop act (something like a rougher, fierier version of the Acid House Kings), the group made its live debut in 2003 as an opening act for the Radio Dept. Their first EP, There and Back Again, was released on Labrador one year later, and was quickly followed up by the full-length Up Against the Legends. Angergård took the Legends in a new direction for their sophomore effort; 2005's Public Radio found the Legends dipping into a reverb-swathed sound modeled after post-punk acts like the Cure and New Order. Facts and Figures, the Legends' third full-length, found their sound shifting yet again, this time in favor of a chic, danceable sound that nodded to acts like Kraftwerk and Daft Punk as well as the breezy indie pop sensibilities characteristic of Angergård's other projects. Released in 2009, Over and Over found the group employing a host of styles and sounds, referencing everything from '60s girl groups to angular noise rock. After that album, Angergård focused on other projects like Club 8, the Acid House Kings, and Eternal Death, all of whom released something in early 2010s. Even though he considered Over and Over to be the final Legends album, a couple years later, Angergård found himself writing and recording songs that could only be released under that name. Inspired by a tough breakup, the modern synth pop and R&B-leaning It's Love was issued by Cascine in June of 2015. Never one to take much of a break, Angergård teamed with American singer Rose Suau to form the sophisticated synth pop duo Djustin in 2016, releasing an EP that year and readying an album for 2017. The next Legends album soon followed, with Angergård veering deeper into synthesized music. The quickly recorded Nightshift goes full Moroder as all the vocals are fed through vocoders, the synths are epic and the beats are robotic. Vocalists Elin Berlin of Eternal Death, Red Sleeping Beauty's Kristina Borg and Maria Usbeck all guest on the album, which was released by Labrador in early 2017. ~ Tim Sendra, Rovi