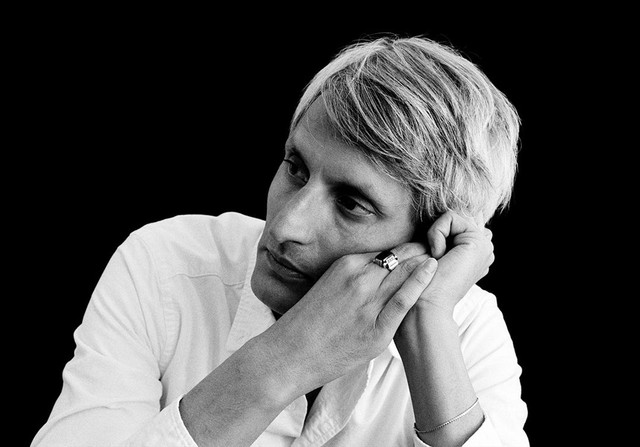 Portland-based musician and visual artist Ilyas Ahmed makes a hazy yet intimate form of psychedelic folk music, utilizing acoustic and electric guitars as well as instruments such as harmonium, organ, and tanpura, in addition to ethereal effects. He was born in Pakistan in 1974 but moved to America as a youth and spent time in several locations, including New Jersey, Minnesota and eventually Oregon. He first emerged in 2005 with a series of self-released albums recorded on an isolated farm. Bearing his distinctive style of collage artwork, the releases made waves in the underground psych-folk community, and more widely available releases appeared on Digitalis (Between Two Skies/Towards the Night, a reissue of two early CD-Rs) and Time-Lag (The Vertigo of Dawn). Ahmed also participated in the Tabernacle Hillside Singers with members of the Goodwillies and Arco Flute Foundation, backing up Theo Angell (formerly of Jackie-O Motherfucker) on two Digitalis releases. Root Strata, the label run by Jefre Cantu-Ledesma and Maxwell August Croy, released Ahmed's 2009 album Goner as well as a limited mail-order 10", Live at On Land 2009. Immune issued Between Two Skies/Towards the Night on vinyl in 2010, and the label released Ahmed's split 7" single with Steve Gunn the following year. In 2011, a self-titled EP by Visitor, Ahmed's collaboration with Liz Harris (Grouper), was released by Social Music Records. Ahmed remained with Immune for his two subsequent solo albums, 2012's With Endless Fire in 2012 and 2015's I Am All Your Own. Both releases were more direct and fuller-sounding than his previous work. In 2016, MIE Music released a self-titled LP by Dreamboat, Ahmed's collaboration with analog synthesizer/bass clarinet duo Golden Retriever. This was followed by Ahmed's solo album Closer to Stranger, which featured saxophone playing by Golden Retriever's Jonathan Sielaff and was issued by the same label in 2018. ~ Paul Simpson, Rovi