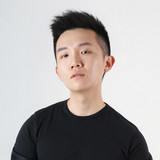 Back in 2007, Secondary 1 student Shawn Tok triumphed over 4,500 contestants to be crowned the overall champion of the second season of Campus Superstar 《校园Superstar》.

At 13, Shawn is the youngest contestant to win the title of the singing talent show for teens on Singapore national television. Following his win, Shawn starred in multiple television dramas, films, variety shows, and TV advertisements. He also released several music projects, such as his debut mandarin album《和时间一起旅行》 and his English EP ‘Chapter 22’ in 2016. He was nominated for 'Most Popular Newcomer’ at the 17th Singapore Hit Award《第17届新加坡金曲奖》. After graduating from the University of Queensland in 2018, Shawn pursued his passion for TV production with HBO Asia/Warner Media. However, he is still venturing in the entertainment trade and setting his passion for music, Shawn releases his 2nd EP album titled – This Is Not Real Life on 29 January 2021.