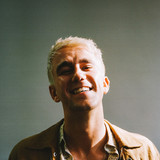 February 2021 will see the release of SG Lewis’ DEBUT album ‘times’, fueled by a longstanding love of disco and created with a renewed focus on SG as a performer and artist as well as producer - “I’m as much influenced by the mindset and the euphoria of disco as the actual sound of the music,” he says now. “There’s a magic in the room when you play those records. It’s addictive.” ‘times’ was launched last year with the single ‘Chemicals’, a soaring, funk-driven track entirely performed and sung by SG himself. SG then released his second single from the debut album campaign called ‘Impact’ which features Robyn & Channel Tres. SG has previously collaborated with Col3trane, Raye, Ray BLK, The Neptunes/N.E.R.D’s Chad Hugo, Gerd Janson, Conducta and more as well as producing ‘Hallucinate’ on Dua Lipa’s record-smashing album Future Nostalgia and Dave’s ‘100M’s’, proving his worth as one of the most versatile and prolific musicians from the UK.