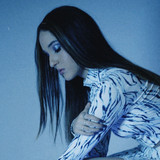 Carolina Rial is a 17-year-old pop artist based in New Jersey. Coming from a non-musical family background, Carolina began to teach herself how to sing at the age of 10 and began taking piano lessons. In 2018, she was chosen to participate in Atlantic Record's EMERGE program at the age of 14. Carolina rose to national attention this past year as a contestant on season 20 of NBC's hit TV show, The Voice. She landed a spot on John Legend's team and worked with him throughout her time on the show. Her blind audition of Sam Smith's "Stay With Me" was viewed by over 1 million people on YouTube. The 17 year-old has landed several gigs and bookings at popular venues such as Carnegie Hall, NJPAC, Red Bull Arena, Marlins Park, MetLife Stadium, and Madison Square Garden. She has also been seen on other television channels such as PBS and CBS. Carolina has posted herself on social media since she was 13 years old, gaining significant attention from stars like Jennifer Hudson and Faouiza. Her videos have been reposted on several different accounts, gaining over 1.5 million views. Carolina may be known as an emerging artist, but she is driven to share her voice and talent with the world!