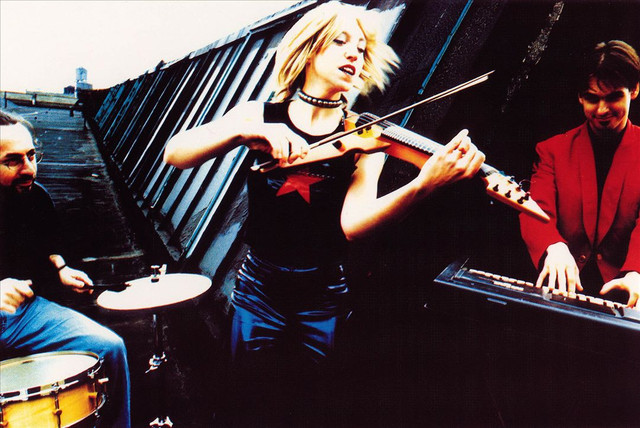 Favoring a melodic and introspective approach to pop-rock, Groovelily is a promising group that has acquired a small following playing around the eastern U.S. in the mid-to-late 1990s. The group wouldn't have come about had singer/songwriter Valerie Vigoda not been pursuing a solo career. Originally from suburban Virginia near Washington, DC, Vigoda recorded her debut solo album, Inhabit My Heart, in 1994 and was leading her own band when she met keyboardist/songwriter Milburn. The two clicked creatively and began collaborating, and in 1995, Vigoda formed Groovelily with Milburn and drummer Max Langert. Groovelily's debut album, Jungle And Sky, came out in 1996 on Blue House Records. In 1997, Langert left the group. It was also that year that Vigoda and Milburn moved from New York to suburban Virginia. In 1998, Vigoda kept busy playing violin for Cindy Lauper, Joe Jackson and others while preparing to put out a second Groovelily album with Milburn. ~ Alex Henderson, Rovi