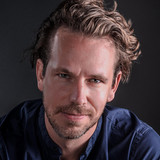 Martin Herzberg, pianist and song writer, is moving with his music in a new direction. Instead of a record company he simply has his good friends, his piano and the internet. Martin says he has become known through "the right decisions, for the right people". Martin studied musicology in his hometown Berlin and afterwards started to tour Germany passionately since 2012. He hired a good friend as concert manager and is accompanied by cello and lately his own string ensemble. With his camera man, a childhood friend, he shoots music videos that just capture the heart. 5 years down the line he has 25 million views on YouTube, and over 100.000 Facebook/Instagram fans and is capable of filling concert halls throughout Germany, Austria and Switzlerland. And still: his best friends are with him on the road. Martin’s music touches your soul and allows you to escape in contemplation. He has been influenced by composers such as Ludovico Einaudi and Yann Tiersen, inspiring him with their soundtracks to „The intouchables“ and „ The fabulous Destiny of Amélie Poulain “, creating a wide audience for this special kind of the piano music. Martin introduces his personal touch and unites stirring soundtracks with vivid pop elements. This is why Martin's music doesn’t need a film to move you as the music itself is like the soundtrack to your own life.