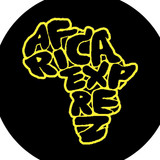 Hailed as the most revolutionary force in popular music for two decades, Africa Express brings together musicians from different cultures, genres and generations to break boundaries and offer a new perspective on Africa and its music. Each event is unique, based upon on-the-spot collaboration and filled with unique moments of magic. It was founded in 2006 with a trip to Mali linking the likes of co-founder Damon Albarn, Martha Wainwright and Fatboy Slim with local stars such as Toumani Diabaté, Bassekou Kouyaté and Amadou & Mariam. Then came the first public event: a legendary five-hour show at Glastonbury described by The Times as “an absolute lose-yourself epiphany for everyone who was there”. Africa Express has since hosted trips to Nigeria, Democratic Republic of Congo, Ethiopia, South Africa and Mali. It has also staged lauded shows in Lagos, London and Liverpool, as well as festivals across Europe such as Roskilde in Denmark and bespoke shows before 25,000 people in Paris city centre and 50,000 on a Spanish beach. Each performance is unique, with artists taking part creating the set before the show, and all have been met with rave reviews, inspiring artists and audiences alike.