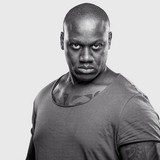 It all started when 11-year-old George caught a viral infection of sound passed to him from a classmate. The lights of Thunderdome flashed before his eyes as he listened to the taped recordings, over and over again. George was hypnotised by the sound of the Harder styles, and eventually, he decided to obtain weapons of a DJ. George wanted to be huge – a Titan of the scene. As people always say, practice makes perfect. Titan claimed victory for his ground-breaking efforts in Q-Dance’s DJ competition – Q-Factor. Not long afterwards, he began to make serious impact by playing at Q-Base and three Defqon.1 festivals. Every step that Titan took became a more powerful stomp than it was before, and the cracks on the grounds began to spread. After sending several promos, Titan became a part of the Fusion family in 2009. A majestic release titled ‘My Angel’ received attention from major producers in the scene, including Adaro, B-Front, Slim Shore, and Thera. Titan even managed to capture massive crowds with dominating performances at Thrillogy, Emporium, Loudness, Qapital and Hard Bass. In the end of 2014 he released his first artist-album ‘ Demolition of Silence’ containing, besides his solo tracks, massive collaborations with B-Front, Zany & DV8 Rocks!, Radical Redemption, Warface, Slim Shore and High Voltage. With kicks that pound dance floors and melodies of steel that make heads spin round, Titan has become a gigantic force to be reckoned with.