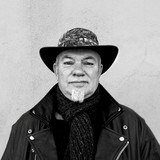 “Musician” is a word that describes Ray Vanderby, but it does not cover the full scope of his experience with all things musical. He is a song writer, composer, producer, director, piano tuner, and a frontman singer. He plays organ, piano, keyboards, and guitar. After 50 long years in the industry, Ray Vanderby has no intention of slowing down. He has been working on a new album called Comet 2 Comet, which will be released later this year and is set to be a hit. His collaborations with multiple prominent artists across an eclectic range of styles demonstrates Vanderby’s commitment to Australian music.