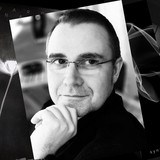 Earlyguard (Thomas Frühwacht) explores minimalist, postclassical, ambient and other electronic music genres. Thomas has provided music for various short films, e.g. “Welcome to the Anthropocene”, a film about the state of our planet. It was presented by Secretary-General Ban Ki-moon at the opening of the United Nations Rio+20 Summit for Sustainable Development in June 2012. From December 2014 to September 2016 a German version of "Welcome to the Anthropocene“ was part of the special exhibition “Willkommen im Anthropozän“ at Deutsches Museum in Munich, Germany, reaching more than 170,000 visitors. His music is also featured in the short film “Climate Change: The State of the Science“, a film that was used by the Leonardo DiCaprio Foundation to communicate this issue to a wide audience. It has reached nearly a million people on YouTube. Thomas has also provided music for several other projects, e.g. for a modern dance choreography, a video game and some exclusive tracks for a series of compilation albums among artists like Tangerine Dream, Klaus Schulze and Robert Rich, curated by the German music journalist Ecki Stieg to support the "Grenzwellen" radio show.