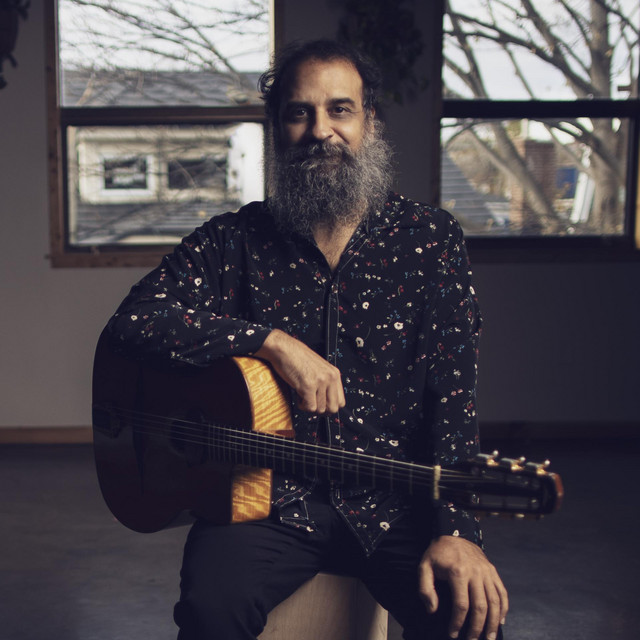 DUANE ANDREWS‘ music is the product of a great ear, an adventurous spirit and a love of music that is beyond category. Uniting what would seem to be impossible – traditional Newfoundland music with the swing jazz of the legendary Django Reinhardt, Andrews makes it not just work – he makes it soar. The Juno award winning producer, composer, guitarist and international performer’s latest album, Conception Bay, is the best evidence yet of his truly unique musical vision and is the sound of him, literally, bringing it all back home. His discography starts with the release of his debut solo CD, simply titled, Duane Andrews (2004), which led to the multiple award winning Crocus (2006), then Raindrops (2008), which features a collaboration with the Atlantic String Quartet and two albums with Cape Breton master fiddler Dwayne Côté, Dwayne Côté and Duane Andrews (2010) and The Empress (2012). Other notable collaborations include Charlie's Boogie (2013) with bluegrass guitarist/singer/songwriter extraordinaire Craig Young which evolved into Fretboard Journey (2016) with the addition of fellow Newfoundland guitarists Sandy Morris and Gordon Quinton. Playing regular Sunday sessions in Quidi Vidi, NL with accordionist Aaron Collis resulted in The Mallard Cottage Sessions (2015) and his most recent collaboration, the Juno award winning More Sheep, Less Sleep (2015) from The Swinging Belles with children’s educators Erin Power and Laura Winter, can be found at www.theswingingbelles.ca.