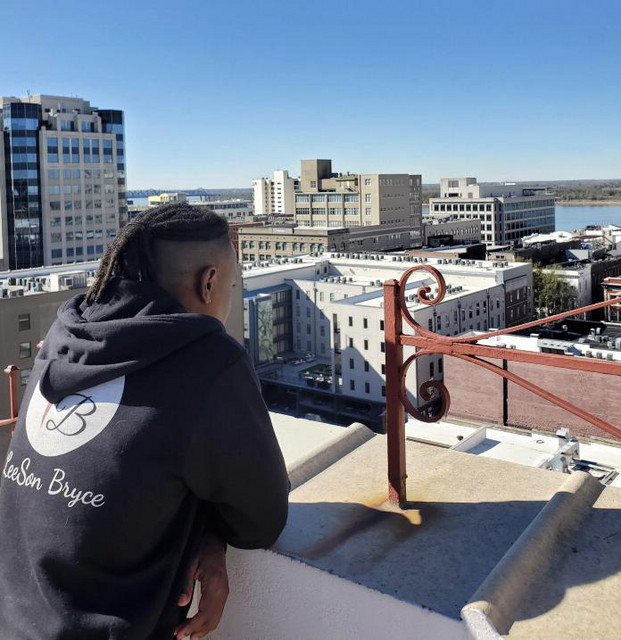 Kansas City, MO is home to some of the countries most unique musical sounds. From their signature rap, EDM infused style to being the birth place of the greatest independent rap artist of all time, Tech N9ne, KCMO is a steadily revolving door of talent waiting to be discovered. Striding to the forefront is the multifaceted emcee Leeson Bryce; a fresh, true voice rising to recognition. Leeson Bryce gravitated towards music at an early age. In the winter of 2017 he recorded his first track Through It All, a groovy record fueled by high strung instrumentation, EDM rhythms and Leeson’s energetic Kansas City flow. That same year, the rising lyricist released The Proelium EP, a cataclysm of fast paced EDM beats, vulnerable lyricism and transparent thought. Eight tracks each with its own defining style, The Proelium EP exploded on Sound Cloud receiving over 100 thousand streams. With a music portfolio diversified with elements from Hip Hop, punk rock, EDM and classical instrumentation, the Leeson Bryce is the evolved Kansas City sound the world has been waiting for. Standing firm on tradition while driving in a lane of his own, Leeson Bryce is just as unique as he is bold. Leeson’s innate desire to change the world through music bleeds through every stanza and bar. A leader of the new wave of sounds emerging from the Midwest, Leeson Bryce stands tall and reminds listeners everywhere just how tangible the stars really are.  Text LeeSon Bryce - +1 (816) 207-2838