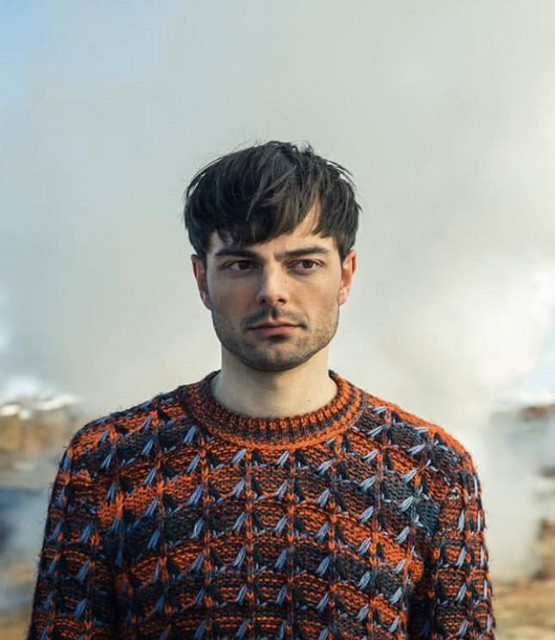 The solo output of Reykjavik producer Janus Rasmussen can be best understood as a distillation of his many diverse collaborations to date. Originally from the Faroe Islands, Janus has spent the last decade creating, performing, and innovating with other artists across myriad musical genres, amassing a wealth of experience and inspiration that’s now plainly audible in his own melodic brand of experimental electronic music. Janus’s Nordic Music Council Prize–nominated debut album, Vín, saw him hone his minimal techno chops into an hour-long exploration of acoustic textures and electronic sound design that peaks and lulls like a well-crafted DJ set. In his most recent work, he meshes Vín’s dancefloor rhythms and dark sonic palette with his own vocals and a renewed focus on songcraft. While none of the individual elements here are new to Janus, their novel recombination and juxtaposition sounds a purposeful statement of intent that runs counter to the prevailing current of electronic dance music. Aside from his own music, Janus performs alongside Ólafur Arnalds as one half of KIASMOS. The duo’s recorded output has gained worldwide acclaim and seen them invited to perform at many of the world’s major festivals. Janus also collaborates regularly with other members of Reykjavik’s growing music scene, acting variously as a producer, songwriter, musician, and mix engineer.