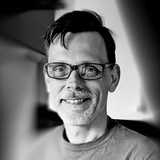 Having experienced the awesome feeling of being in a packed night club in Ibiza while Armin Van Buuren did his thing, Rob decided right there and then that trance was the best music genre ever. After nearly making it as a drummer in an indie band and a stint as a mix engineer in a friends studio, Rob took the reigns on his music career and jumped in feet first. Original and yet based on the huge trance scene of the '90s his music is uplifting, euphoric and cranks away at 138bpm.