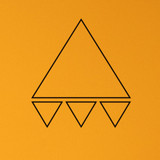 AV AV AV released their first EP They Live in 2015 and gained media attention in Denmark and abroad. It was play-listed on BBC´s Radio 1 whist super producer Diplo praised the music calling it ”future gospel”. Over the years their live shows have received brilliant reviews at international and Danish festivals including By:Larm, Sonár Reykjavik/Stockholm/Copenhagen, Spot Festival, Roskilde Festival, Tinderbox and Northside. In March 2017 they released their second EP Everything is True which was critically acclaimed throughout the Danish media and got mentions in Mixmag and Complex. Tracks from the EP have been played on BBC’s Radio 1 amongst others. In early 2018 the trio released the first EP in the series Fundamental Physics which is an outlet for the more club sound that the band has – an element which is often a large part of their live sound but is not a large part of their releases. Vol. 2 in this series released June this year. Beside their own releases, AV AV AV work with score music. Netflix recently fell in love with their sound and the band got the opportunity and did the complete score for the Netflix original series - The Rain that came out May 4th 2018.