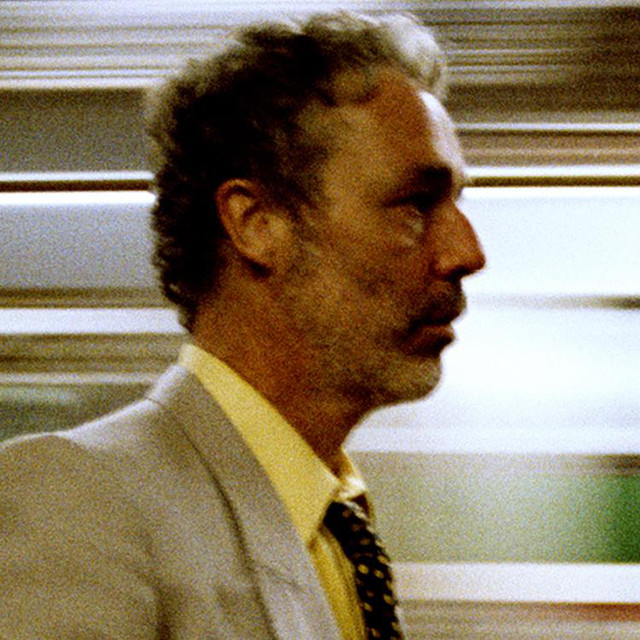 Spinning wry, observant stories of life among the well-heeled yet poorly behaved, Baxter Dury is a songwriter and vocalist with a strong and distinctive style. After a tempestuous early life, he began his musical career by performing at a memorial service for his dad, pub rock/new wave icon Ian Dury. He then produced a series of albums, beginning with 2002's Len Parrot's Memorial Lift, that balanced his deadpan vocals and debauched storytelling with subtle chamber pop arrangements and a nervy modern new wave approach. By the time of 2017's Prince of Tears, some disco began to slip into his sound as he cemented his place as one of the wittiest, most biting songwriters of his era. Baxter Dury was born on December 17, 1971, in Wingrave, Buckinghamshire, England. Dury gained his first brush with fame when he was five years old, when he posed with his father for the cover of Ian's breakthrough album, 1977's New Boots and Panties!! By that time, Baxter had already become used to life on the road, traveling alongside his father with his pub rock group Kilburn & the High Roads, and later Ian Dury & the Blockheads. Growing up, Baxter moved back and forth between living with his dad, where he had near total freedom, and his mother, Elizabeth "Betty" Rathmell, who provided a loving but more structured environment. In his teens, Baxter shared his father's rebellious nature, and by the time he was 15, he'd dropped out of school. For a couple years, Ian left him in the care of a friend and roadie known as "The Sulphate Strangler" for his sideline in dealing amphetamines. Baxter briefly developed a speed habit of his own, then led a nomadic life through his twenties, during which he worked as an assistant on a British reality show, studied filmmaking in New York City, and served as an English teacher in Spain. While in his twenties, Baxter also began dabbling in music, writing songs with Ben Gallagher, whose father, Mickey, played keyboards with Ian Dury & the Blockheads and the Clash. Baxter didn't make his debut as a live performer until 2000, the same year his father succumbed to colorectal cancer at the age of 57. At a memorial concert for Ian, Baxter sang the song "My Old Man," which sparked interest in Baxter as an artist. He struck a deal with Rough Trade Records, releasing the EP Oscar Brown in 2001, and his debut album, Len Parrot's Memorial Lift, appeared in 2002. The record didn't fare well commercially, but the follow-up, 2005's Floor Show, charted in France, where Baxter was developing a strong following. Dury signed with the EMI-distributed Regal label in time for the release of 2011's Happy Soup, which included several songs based on his experiences with former girlfriends, a decision he came to regret, describing their reaction in an interview as "a total sh*tshow." Dury displayed a more mature and literate lyrical style on 2014's It's a Pleasure, his first release for the PIAS-affiliated Le Label, while he also found his audience growing in Spain and Latin America. The songs on 2017's Prince of Tears were informed by Dury's childhood, a tough romantic breakup, and the impact of Brexit on the British consciousness. The album featured vocals by Rose Elinor Dougall and Jason Williamson of Sleaford Mods. The next year, Dury teamed with French house legend Etienne de Crécy and Skinny Girl Diet vocalist Delilah Holliday to release a short album of electro-tinged debauched balladry titled B.E.D; it was Dury's first record for the Heavenly label. Following in 2020, The Night Chancers was a slightly stripped-down, still quite lush album. Co-produced by longtime collaborator Craig Silvey, the record found Dury digging once again into the lyrically sordid underbelly of life. ~ Mark Deming, Rovi