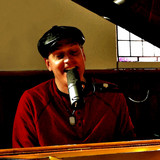 Jason Wilson’s music has been described as, among other things, “Jazz-Reggae”, "Folk-Reggae", "Global-Roots" and "Post-Reggae”. While none of these quite cover it, Wilson's art is, nevertheless, truly unique; it is a sound where the reggae portion is freely brushed – not strictly detailed – allowing space on the canvass for wildly divergent inspirations such as Bach, Scottish pibroch, folk-rock and bebop to peek through. In essence, Wilson combines reggae with the improvisational sensibility of jazz and then layers it with the storytelling quality of the Scottish and Canadian folk traditions.

Since his first public performance at age 14 with Messenjah, Wilson has played over 2,500 concerts across Canada, the United States, Europe and the Caribbean. He has recorded and/or shared the stage with the likes of UB40, Ernest Ranglin, Alanis Morissette, Pee Wee Ellis, Carl Harvey of Toots & The Maytals, Big Youth, Dawn Penn, Dave Swarbrick, Ron Sexsmith, David Francey and many more. Wilson is the protege of the legendary Studio One keyboard king Jackie Mittoo and served as the on-stage musical director for the acclaimed Jamaica To Toronto: Soul Funk & Reggae 1967-1974 live band.