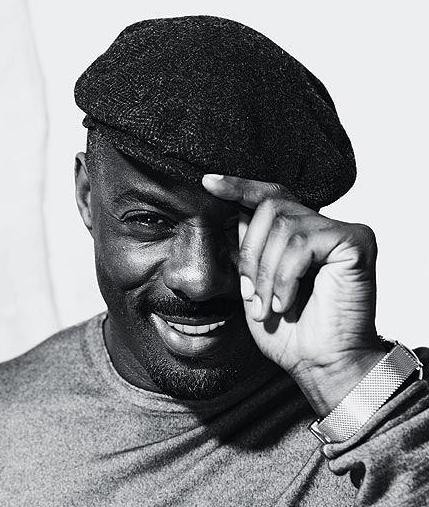 While he's best known as an actor who has appeared on the television series The Wire, The Office, and Luther and in feature films such as American Gangster, Thor, and Pacific Rim, Idris Elba has also made a name for himself in music, establishing himself as a DJ, producer, rapper, and singer. Idris Elba was born on September 6, 1972 in Hackney, London, England. His father Winston was born in Sierra Leone and his mother Eve was from Ghana; they were wed in Sierra Leone and later immigrated to England. While attending school in Canning Town, Elba first began acting in student productions, and when he was 14, he began working for his uncle, who ran a DJ service for weddings. A year later, Elba and his mates started their own DJ business, and in 1988, he quit school and won an audition for the National Youth Music Theatre, which he attended on a grant from the Prince's Trust. In 1991, Elba began spinning at London nightclubs using the stage name DJ Big Driis; three years later, he began landing bit parts on U.K. TV shows, and in 1995 he guest starred on Absolutely Fabulous and Branwell. Elba was soon a regular presence on British television, and in 2002, after relocating to the United States, Elba landed his breakthrough American role, Russell "Stringer" Bell on the HBO drama series The Wire. Elba's schedule was busy with film and television roles, but he continued to pursue musical projects; in 2006, he released an EP, Big Man, under the name Driis, and the following year he wrote and produced a track for Jay-Z's album American Gangster. The year 2010 brought another Driis EP, High Class Problems, Vol. 1, and he guested on Pharoahe Monch's 2011 album W.A.R. In 2012, he performed guest vocals on the Milk's Tales from the Thames Delta, and handled backing vocals and percussion on Macy Gray's 2012 collection Covered. In 2013, Elba earned one of his most prestigious roles when he was cast as as South African activist and president Nelson Mandela in the movie Mandela: Long Walk to Freedom. Inspired by his experiences playing the celebrated leader, Elba assembled an album of music adapted from South African themes and styles, and including a number of guest musicians, including James Blake, Cody ChesnuTT, Mr. Hudson, George the Poet, the Mahotella Queens, and Nothembi Mkhwebane. The album, Mi Mandela, was released in November 2014. Prior to the album's release, Elba hosted a radio series focusing on African music, Journey Dot Africa, for BBC Radio 2. ~ Mark Deming, Rovi