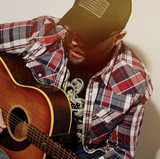 Connecticut musician Frank Viele is an unstoppable force, a quadruple-threat singer, guitarist, songwriter, and performer who belts out every song as if it were his last — his fingers dancing along the fretboard of his Breedlove guitar, his soulful, gravelly voice pushing out every note with conviction. Yet even as he’s racked up accolades over the past 7 years — including New England Music Awards for Album of the Year, Male Performer of the Year, Songwriter of The Year, and Live Act of The Year for gutsy, gritty tracks like “Broken Love Song” and “‘Til The Bourbon’s All Gone” — he’s rarely paused to savor the moment before moving on to yet another tour, album, or collaboration. It wasn’t until 2020 that Frank, like most of us, was forced to slow down.

It was then that Viele realized that time itself was the world’s most precarious, yet precious, resource.