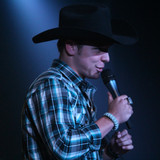 Taylor Lewis was born to be a performer. Texas born and raised, all American athlete, Taylor grew up in a good family, and cut his teeth on Garth Brooks and Cody Johnson country music. He learned to love traditional country music performing in the Texas Opry circuit since he was a young kid, and earned his stage legs as a teenager headlining at Cowboys Red River in the Dallas / Fort Worth area. His mom, Tammy will tell you, the road to success hasn't always been easy. Since teaming up with Nashville mentor Amanda Colleen Williams ("She's Tired of Boys" Garth Brooks, "Beer Run" Garth/ George Jones) to hone his songwriting chops, and East Texas Lifetime Achievement Awarded Legend John DeFoore to coach him on his performance, guitar playing, and songwriting, Taylor emerged in 2018 with his debut EP Release The Tree: A Texas Country Christmas. Connect with Taylor on his website, and make sure you join his email friends list for special announcements, exclusive tickets offers, and more good stuff to come.