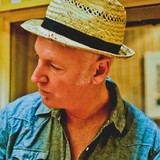 Classically trained from the age of nine, Richard Pleasance began composing instrumental music in his teens and later studied music at the Melbourne State College. His music career really took off after forming Boom Crash Opera in the mid-eighties. The band enjoyed national success: their first album achieved gold sales and their second double platinum Since then, Richard has released ARIA-nominated solo albums and has produced, recorded, written for and played with a diverse range of artists including Archie Roach, Paul Kelly, Augie March, Jimmy Little, Deborah Conway, Kate Ceberano and Suzanne Vega Richard’s strong pop sensibilities combined with his love of instrumental music eventually led him to film and TV composition. He has since composed music for several award-winning TV series: SEACHANGE, CITY HOMICIDE and WENTWORTH, and the iconic Australian box-office smash, KENNY CROOKED RIVER is a spellbinding album of instrumental music and it is Richard’s first non-soundtrack release in years. He took the name from the Crooked River that can be found in the Victorian Alps. The album features 11 tracks inspired by some of his most vivid impressions: childhood chats with his dad in the XA Falcon; cassette tape recordings of his grandmother reciting her life story; Vincent Street from his hometown, Daylesford; and encounters with the Tasmanian pademelon. CROOKED RIVER weaves a gentle, but eerie magic that lingers long in the imagination