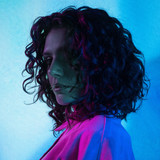 Brooklyn based artist, EVAN GIIA has established herself as one of the Ones to Watch, entering into the music scene as a classically trained opera singer her voice adds a distinctive touch to her electronic pop crossover sound. Released by ODESZA’S Foreign Family Collective in 2018, GIIA’s breakout single “WESTWORLD” and the self-directed music video propelled her to #1 on Hype Machine. Global Spotify streams of the song now exceed 20 million. The Berklee College of Music alumna has performed at festivals like Coachella, Firefly, Bonnaroo, CRSSD and shared stages with the likes of ODESZA, Louis The Child, Jai Wolf and Big Wild. EVAN GIIA is set for her headline tour in 2021. With new music to come, she continues to push boundaries and rejuvenate electronic music with her relatable hooks.