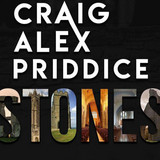 Www.distrokid.com/hyperfollow/priddicebrothersband/paranoia-2 Www.facebook.com/craigandalexpriddice Website:Www.craigandalexpriddice.com Craig and Alex Priddice are serious music lovers, consummate songwriters and experienced performers. Craig and Alex Priddice are a well established act on the local scene having played most of the local venues. Career highlights include performing at Glastonbury 2017 & 2016, GODNEY Gathering 2016. They have performed at the prestigious venues 'Louisiana', 'Fleece', Ashton Gate and at 'The Thekla'. They have played for Michael Eavis and have supported Beans On Toast, Lonely Tourist, Gaz Brookfield, Nick Parker and Harry and The Gondolas to sell out crowds. 2017 was another busy year for the brothers, after their successful sets at Croissant Neuf and Backstage John Peel @ Glastonbury Festival they booked in the studio in November to record their first EP as a duo with a full band which is available on all streaming platforms. The younger Priddice, Alex, toured across London for four years before joining Craig, playing his own compositions. This culminated in him playing the legendary Halfmoon Inn in Putney; previous host to the likes of The Who, U2 and Kasabian. “One of the freshest sounds on the acoustic circuit” (Nick Parker) “Voted one of the best local acts of 2013!” (BASIS MAG)