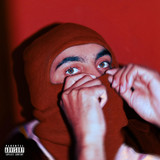 Bronwynne Nico August, professionally known as Nico SA is a Johannesburg-based South African rapper, songwriter and producer. The lyricist started his career in 2010 and ever since then he has polished production and song writing delivery into such a fashion that it's considered as one of the most-rare and hard-to-find talents South Africa has ever delivered. He has cemented his roots in the Southern Hip Hop Scene and become a household name amongst his peers. Currently considered to be one of the highest played underground multi-faceted talents in South Africa, Nico SA is here to prove a point unlike anything you have ever seen. Record Label: Rhythm Corp V (Pty.) Ltd. Credits: "Night & Day" featuring Ty Loner [Prod.