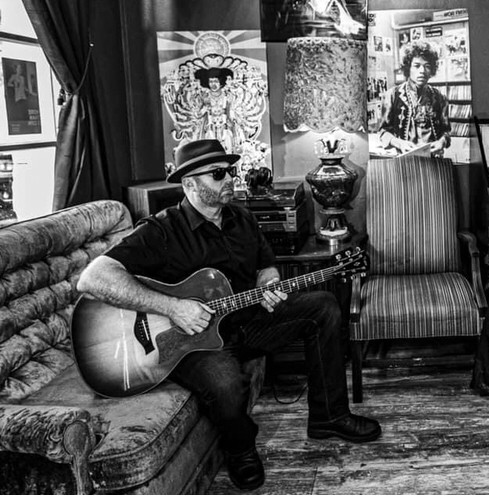 John Salaway bio by Andrew Leahey (Rolling Stone Country) Frontman. Acclaimed songwriter. Sideman. Nationally-endorsed multi-instrumentalist. Producer. Since moving to Nashville in the early 2000s, John Salaway has become one of the city's most accomplished musicians, holding down a weekly residency at the world-class BB King's Blues Club while also playing shows with acts like Peter Frampton, Ben Folds, Anderson East, Zach Williams, and Denny Laine from the Moody Blues and Paul McCartney's Wings. He's a drummer. A guitarist. A pianist. And with albums like 2019's Americana Dreams, he shows the full range of his abilities, mixing a lifelong appreciation for the Beatles' classic pop melodies with the southern-fried sounds of his adopted hometown. In Nashville, much has changed since Salaway moved to town, but with his recurring gigs at BB King's — sometimes performed as a one-man show with loops and effects, and sometimes performed with Salaway on the drums, leading his full band like a younger Don Henley — has become a citywide staple. His music is rooted in the best parts of the past and filled with contemporary finishes — a reminder that Nashville, despite its modern makeover, has always been a place anchored by classic songwriting. With his Americana Dreams album, he begins a new chapter in a story that's still unfolding, excitedly showcasing new angles of his sound while still taking a moment to enjoy the ride. www.johnsalaway.com