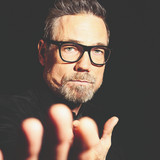 Adrian Kraft is Singer-songwriter since the first time he was holding a guitar. Melodies forced itself on the first chord progressions. Hundreds of songs now have been released. After years of producing and playing in various bands Adrian is back at the starting point: the songs and his guitar. In this time where everything can be smaller again he tells his stories in an intimate way. The stories are about life and are sometimes letters to loved ones. The subjects are engaged and also told with a lightness and irony. The songs are influenced by Pop, R&B and Indie-rock. Armed with his acoustic guitar Adrian performs wherever he can. At the moment he mainly plays radio shows promoting his debut as a solo artist. The debut album will be released in September 2021.