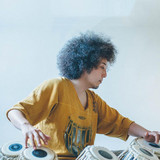 Studied the percussion instrument Tabla under both Pandit Anindo Chatterjee and Ustad Zakir Hussain. From the year 2000 he joined Asa-Chang & Junray and released 4 albums including "Hana" and "Kage No Nai Hito". Leaving the group in 2010, he released "Kawagoe Rendezvous" and "Mister Morning Night" as U-zhaan × rei harakami. In 2014 he released his solo album "Tabla Rock Mountain" with guest musicians such as Ryuichi Sakamoto, Cornelius, and Hanaregumi. In 2017 he released the album "2 Tone" which was co-produced with Shuta Hasunuma. In 2020 he performed at the music festival "Saptak Annual Festival of Music" held in Ahmedabad, India.