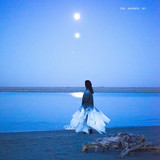 JPTR (pronounced „jupiter“) is a Zurich based Art Pop Duo. They have released a new song on every full moon in 2016, which only featured drums and vocals. Their mission is to bend the fabric of convention, form and formality and fight the indifference of introspection. JPTR is blunt, unambiguous and ambitious. They released their self titled debut in April 2017. JPTR has been featured on international blogs such as XLR8R (US), The Line of Best Fit (UK), The Monitors (UK), FAMEmagazine (UK), Brooklyn Radio (US), Kaltblut (DE), Intro Mag (DE) and many others and are currently signed to Swiss Label Mouthwatering Records.