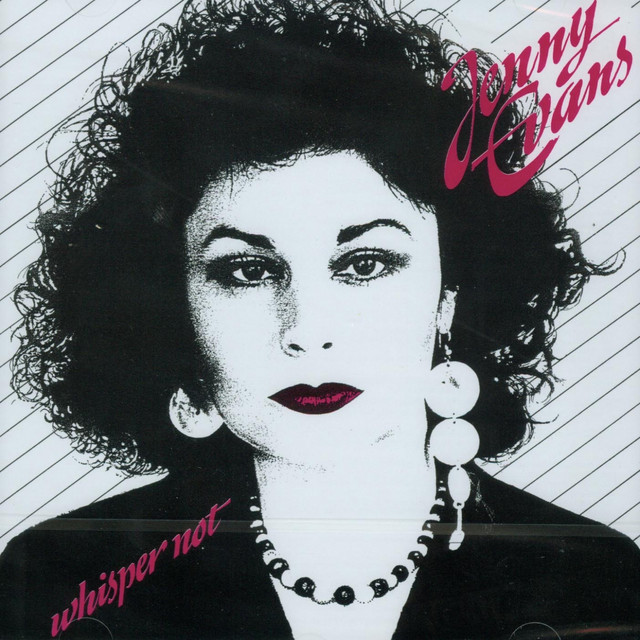 Born in London, England, in the outskirts of Beckenham, Jenny Evans is an accomplished entertainer in multiple fields. Most recognized as a jazz singer, she's also worked as an actress and lyricist, and at one time ran her own jazz club, Jenny's Place. She's appeared in films, commercials, German TV series, stage musicals, and plays. Born in 1954, Evans moved to Munich, Germany in 1976 to study music and teaching English as a second language. While working toward her degree, she became the lead singer of a band called Old Socks New Shoes. The ragtime numbers they were performing slowly shifted toward classic jazz. Though her recording repertoire spans original tunes and classics ranging from Gershwin to the Beatles, her sultry voice and supple delivery encourage jazz renditions. In 1988, Evans released her debut album, Whisper Not, with ESM Records and Bell Music. The same labels issued At Lloyd's, featuring the Rudi Martini Quartet, in 1993. Her 1997 LP Shiny Stockings arrived via Enja Records, which also released 1999's swing-era celebration Girl Talk, 2001's Gonna Go Fishin', and 2004's Nuages. Keeping busy between recordings with appearances at clubs, festivals, and on tours through Europe, Germany, Australia, Russia, and Japan, she released Christmas Songs in late 2005. With Evans still collaborating with drummer Rudi Martini, Lunar Tunes followed on Enja in 2008. Evans returned to ESM Records and, working with a backing band that included woodwinds specialist Felix Sapotnik and bassist Sven Faller, released Are You the Man? A New Peter Kreuder Song Book in 2010 and The Four Seasons of Love in 2011. She took on British pop/rock, including hits by the Kinks, the Rolling Stones, and Sting, for 2016's Be What You Want to Be, released by Edition Collage. ~ Marcy Donelson & Charlotte Dillon, Rovi