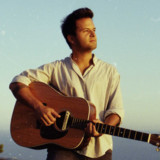 Kiol is a singer-songwriter, multi-instrumentalist and producer class ‘97.   His music is a sunshine-soaked joy. Breezy melodies, life-affirming lyrics and a sense of adventure define instantly addictive songs which sound at once familiar and fresh.   Discovered while still in high-school in Turin and signed to leading live agency ITB in his teens, Kiol has already toured Europe for years, performing over 200 gigs and supporting artists including Jack Savoretti, Joan Baez, Sons Of The East, Patti Smith, Placebo, Natalie Imbruglia, Tom Speight and many others.   His debut EP, I Come as I Am, released on Warner Music Benelux in 2017, spawned the million-plus streaming hits Broken up Again and Wrinkless, which soundtracked a Fiat 500 ad. A longtime Paolo Nutini fan, in 2018, Kiol collaborated with Nutini’s producer Dani Castelar on his second single Hard Things and worked in London in 2019 with producer Dimitri Tikovoi (Placebo, Blondie) on the songs Mallow and No Peace.   His latter release, Techno Drug Store, marks a sonic leap on for Kiol. His folk-rock influences of old – Nutini, Mumford & Sons and Ben Howard – still surface in his catchy choruses and use of acoustic guitar, but self-produced using Logic, the new songs are more electronic, with hip hop drums, dashes of disco and lashings of playful pop. Kiol is back on track with his brand new song Make It Happen!