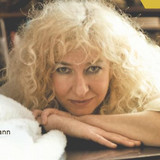 Alessandra Celletti comes from a purely classical background, but her musical and artistic experiences multiply with sudden deviations in a very personal music world; her unique and irreplaceable center of gravity is the piano. She made her debut in 1994 with "Les sons et les parfums", a collection of recordings dedicated to Debussy, Ravel and Satie; In 2006 Alessandra imposed herself also as author with the album: "Chi mi darà le ali", although she also remains a valued interpreter of a vast repertoire that includes compositions of Janáček, Gurdjieff/de Hartmann, Scott Joplin and Philip Glass. Many collaborations with Italian and international artists including that with one of the greatest exponents of contemporary experimental electronic music, Hans Joachim Roedelius. In the summer of 2013 Alessandra Celletti has been the protagonist of a daring bet, bringing her piano around Italy aboard a truck in the "piano piano on the road" tour. The latest production of Alessandra Celletti's now vast discography is the colored vinyl in a limited edition of 500 numbered copies #cellettiblue. Alessandra Celletti's music is a kaleidoscope in which the different nuances of her compositional art find space; an imagined world, visual and sound, which with tireless tenacity and swirling enthusiasm Alessandra chooses to represent also in concert; live dating represents moments of rare intensity. He has played in Europe, Asia, America, Africa.