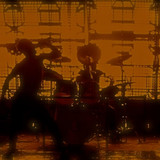 FURN is a Los Angeles musical project founded by vocalist Spyder Laurent and guitarist Erik Carlsson in 2011. FURN started off as a 3 song demo project and has evolved into a worldwide touring electronic rock band. With tours in 2016-2017 promoting their debut EP "Origins" singles "Origins", "White Flags" and "Threads" (which debuted on top of the U.S. rock charts (#27) in early 2017 ). The yet un-named follow up EP is due out in the 2021/2022 season preceded by several single releases. @FURN     Enthralling a variety of musical landscapes and thought provoking lyrics, FURN pushes the envelope with an aggressive combination of rock and electronic music and has been described as focused with a meaningful, contoured message. --Anno Domini.