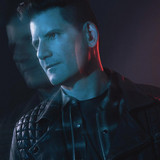 Longtime music industry figure Gary Richards goes by the name Destructo, producing and spinning an explosive mixture of electro-house and rap. Using the moniker since the early 1990s when he was an A&R for Rick Rubin's Def American Recordings, the DJ, concert promoter, and producer began releasing solo material on Boysnoize and OWSLA, starting with 2012's Technology EP. He began fusing dance music with gangsta rap and trap on 2014's West Coast, and has collaborated with major emcees such as E-40, Too $hort, and Busta Rhymes. Richards has been named one of EDM's most important figures by Rolling Stone and Billboard. Los Angeles-based Gary Richards started organizing dance events in 1991, and Rick Rubin chose him to work as A&R for the electronic music division of Def American Recordings in 1993. He signed acts like Lords of Acid, Messiah, and God Lives Underwater, and worked out American deals with XL Recordings and Harthouse Records. As Destructo, he remixed Awesome 3's rave classic "Don't Go," and played aggressive DJ sets of the hardest techno he could find. He later founded 1500 Records and Nitrus Records, and worked with artists such as David Holmes, Dub Pistols, Basement Jaxx, and many more. Resuming his role as a concert promoter, he founded HARD Events in 2007. A successful New Year's Eve party led to annual festivals, later expanding to international tours. At the height of the 2010s EDM craze, he focused on his electronic music and promotion of HARD concerts with friends like Skrillex and Diplo. He also remixed such diverse acts as Giorgio Moroder, Warren G, Depeche Mode, and Major Lazer. He released a trio of EPs on OWSLA/Boysnoize: Technology (2012), Higher (2013), and West Coast (2014), which featured an impressive roster of guest spots by rappers like YG, Kurupt, and Ty Dolla $ign. He continued to release singles in the following years, including "Shipfam" featuring Anna Lunoe and Sgt. Buzzkill and "4 Real" featuring past collaborator Ty Dolla $ign and iLoveMakonnen. The next year, "All Nite" arrived, featuring E-40, Too $hort, and Iamsu! That track, as well as "4 Real" and "Catching Plays" (with Pusha T and Starrah), were compiled on the 2017 EP Renegade. "Loaded" featured Yo Gotti, and Busta Rhymes appeared on the rambunctious 2018 track "Fucking Shit Up." Kevin Gates, Denzel Curry, and a returning Yo Gotti all guested on 2020 single "Bandz." ~ Neil Z. Yeung & Paul Simpson