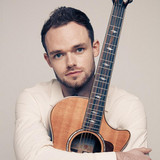 Young British pop singer/songwriter James TW landed a deal with Island Records after being discovered on YouTube by Canadian pop star Shawn Mendes. Born James Taylor-Watts in 1997, the Warwickshire native began his career as a drummer, filling in with his father's wedding band at the age of ten. By the time he was in his early teens, he'd added guitar and piano to his résumé, and he began uploading cover songs to YouTube and playing acoustic gigs in local pubs. He cites John Mayer and Ed Sheeran as influences, and his soulful delivery falls into a similar pop singer/songwriter style. After signing with Island in 2015, TW delivered his debut EP, First Impressions, the following year. Following a cover of Gnarls Barkley's hit "Crazy," he kicked of 2017 with a single, "Ex," which he released in both electric and acoustic versions. His full-length debut, Chapters, arrived in 2019 and featured the singles "You & Me" and "Suitcase." ~ Timothy Monger