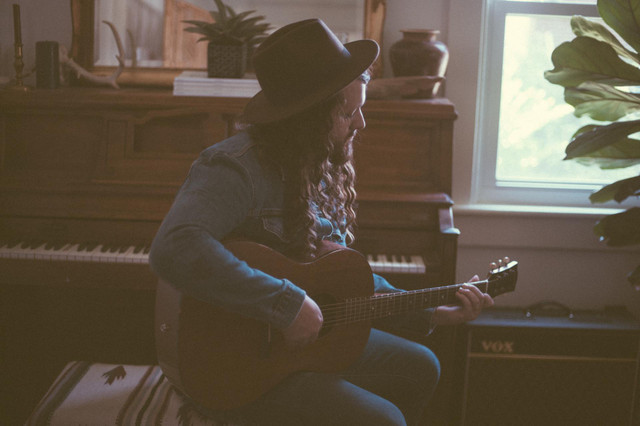 Ian Randall Thornton creates the sort of music that simply won't let go of you. Known for his honest poetic lyrics, conceptual themes, and stunning production, Thornton is beginning to forge his own way in the growing DIY independent music movement. At the young age of 7, Ian delved into classical music, and through his adolescence expanded his palate through involvement in different types of bands in his hometown of Norfolk, VA, from thrash punk to indie rock to folk. His current musical expression resides in a delicate balance between timeless folk, ambient post-rock, and progressive indie rock. His first release 'End Where You Begin' debuted on February 22nd, 2014 garnering local acclaim and launching Thornton into several years of touring around Europe and North America. Alt Daily reviewed the EP calling it "the kind of album you can sing along to on your second listening. Easily digestible in its lush and warm beauty. Accessible in its straight forward simplicity. Sung in a voice so powerful that you hang on to every word." On August 25th, 2017 Ian Randall Thornton released his debut full-length album, Lineage, garnering international acclaim from major magazines like Billboard, American Songwriter, and Consequence of sound, calling it: "Beautiful" - Billboard "Inventive" - American Songwriter and "Lovely odes between generations" - Consequence of Sound. Lineage is a thematic record about heritage and family that resonates with a sound far beyond Thornton's years.