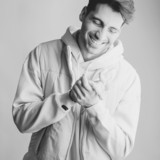 TAAO KROSS: A BLOW OF FRESH AIR!   Taao Kross is the Dj and Spanish producer with the greatest international projection. His long career has led him to perform in 2018 before more than 1 million people in a total of 17 different countries with more than 70 shows in 4 of the 5 continents. To these numbers we must add a total of 19 performances in his summer residence in Pacha Ibiza with greats like Calvin Harris, Alesso or David Guetta in 15 occasions in the prestigious party F***ME! I'M FAMOUS. His spectacular staging and a breakthrough life make of his show a fantastic show that has been presented in recent months in the UK, Brazil, Qatar, France, Italy, Switzerland, Malta, China, Greece, Holland or Hungary among other countries. It has also been included in the Lineups of some of the best festivals in Europe such as Balafon Sound or Summer Park in Amsterdam and for the second consecutive year he has closed the prestigious and massive Tomorrowland Unite in Malta. He currently combines his shows with studio work where he is producing his new music together with world -renowned artists such as Chris Willis, Juan Magan, Sarah Reeves, Taylr Renee, Danny Dearden, Transviolet, Marigo Bay, Ceresia, Rayden, Billy the Kit... all this music will be released by Warner Music, Universal Music, 1ST. Strike... All Enquiries: jon@weare535.com (Jon Reich)