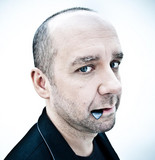 Marek Napiórkowski is a leading Polish jazz guitarist and composer. Ever since the beginning of his career, his name has been featured in the top musician rankings. Since 2012, the readers of Jazz Forum magazine have consistently selected him as the Jazz Guitarist of the Year. Napiórkowski has been acclaimed by both the industry and critics becoming a ten time nominee of the prestigious Music Award FRYDERYK in Jazz Musician of the Year and Jazz Album of the Year categories. His name has been credited on more than 150 albums with various artists. On his solo albums appeared, among others, Chris Potter, Grégoire Maret, Mino Cinelu, Clarence Penn, Anna Maria Jopek, Leszek Możdżer and Adam Pierończyk. He also played and recorded with names such as Pat Metheny, Richard Bona, Marcus Miller, Angélique Kidjo, Gonzalo Rubalcaba, Tomasz Stańko, Mike Stern, John Abercrombie, Hadrien Feraud and many others. He toured Japan, USA, Mexico, Brazil, Canada, Indonesia, China, Russia and most countries of Europe.