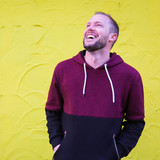 David Shanhun has opened shows for the likes of Foreigner & Heart, performed with Grammy Award winner Bryan White, and his version of Jessie with his Dad hit the #1 spot on iTunes New Zealand in July 2020. His original tunes 'Gypsy Girl' and 'I Believe In You' have also both appeared in the top 10 in the NZ Charts* Described as ‘talented’ and ‘winsome’, on New Zealand’s current affairs show Seven Sharp, David combines a super smooth vocal with some beautiful guitar work, and his songs tell stories that resonate with the soul; you’ll likely laugh, cry, and be uplifted from being at a live show. He is one half of the duo 'David & Shimna' who combine David's vocal and guitar wizardry, with the beautiful fiddle playing and vocals of Shimna Higgins. They are both on Tour in New Zealand in April & May of 2021. *iTunes Country Charts and NZ hot singles