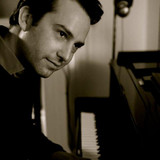 Hugo de Chaire is a multi-award winning British composer working in film and television. He has scored music on films for directors including ®Academy Award nominated director and writer James Dearden, Gilles Paquet-Brenner and ®Oscar-winning writer and producer Julian Fellowes. He has worked on films that have featured some of the industry’s most exceptional on-screen talent and has recorded his scores with some of the best orchestras in the world.