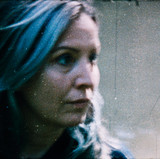 Clotilde is an international multidisciplinary creator, artistic director, vocalist, flutist, producer and facilitator who employs a range of art forms to generate new poetic languages. She combines music, song, dance, and the visual arts to make singular performance pieces, concerts, and films.   Her music and motion art movie XXY [ɛks/ɛks/wʌɪ] (2018) has been screened in over thirty festivals around the world and received several prizes and nominations. Her most recent album, A Woman's Journey (2016) received sixteen awards, six of which were for the best album (in France and the USA). Clotilde’s second album, In Extremis (2008), was ranked among the top five albums of 2011 by The Sunday Times (UK) and 2013 by the NPR Annual Jazz Critics Poll (USA). Her international career has led her to perform at venues and festivals in Australia, Burkina-Faso, China, Germany, Korea, Japan, Luxembourg, Netherlands, Switzerland, Taiwan, UK and the United States.  “I enjoy plunging myself into that which is different to me, into that zone of discomfort which forces us to greater awareness.” Clotilde    “Her tastes are strikingly eclectic. And she has the technique and imagination to hold all the myriad influences together. Her rich, deep timbre is a thing of beauty.” (**** & #5 Best Jazz albums 2011) Clive Davis – The Sunday Times (UK)   Copyright pictures : 1 & 2 : Gregory Dargent 3 : Cecil Mathieu