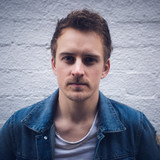 Artisan of country-laced rock and soulful grooves. Taking his cues from acts as diverse as Fleetwood Mac, John Mayer, and D’Angelo, Jack pens music for those with itchy feet and reflective minds; for the late night drive, and the journey home.   From an early age, Jack was already knee-deep in songwriting & performance, with guitar playing at the forefront. More than a decade of musical adventures led him to his soaring debut EP Heal This Way, released in 2017 and reaching no.7 in the iTunes UK Singer-Songwriter chart with high acclaim from radio & press. Followed by live shows around the UK; This success led to the pop-fuelled single Read Your Mind. Written & brought to life during the worldwide lockdown of 2020, The new single 'Home' is a solitary, cinematic oasis in a turbulent time. Jack explores a new sound suited for the big screen, emotive and lush.

With reflective moments of cello & slide guitar, and rich production from Grammy winning producer Chris Wilkinson, it begs the questions 'who' and 'what' is 'Home'? “A work of Art... We instantly fell in love with his music”