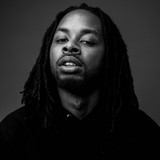 At first, rapper/producer Tre Mission was drawn to grime because of the genre's dirty name, but the U.K.-based sound quickly became central to his music, along with grime's later outgrowth, dubstep. Even if dubstep was a U.K. creation, he preferred the louder, boomier style popular in the U.S., the land to the south of where Mission was born and raised, in Toronto, Canada, by a Trinidadian mother and Jamaican father. Bob Marley was his earliest influence, as the reggae legend's music filled the house, then hip-hop came into Tre's life, which led to him discovering the subgenre of grime via Dizzee Rascal's music. In 2010 he issued his first grime-based freestyles and tracks, including "Hold Up," which caught the ear of BBC DJ Tim Westwood. His EP The Practice Mission arrived in 2011, then in 2013 he issued his debut mixtape, Malmaison. In 2014 he signed with the Ninja Tune label, which released his debut album, Stigmata, that same year. ~ David Jeffries, Rovi