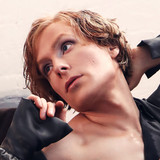 “Incredible ability… a “must-listen-to” artist.” Billboard Japan “One of the most fascinating artists I’ve ever come across.” BBC Introducing Hi I'm Bentley Jones! 👋 But you can call me Ben. 😘 I'm a recording artist and content creator from the UK, right now I’m recording my first original album in 4 years. Last summer this project gained support from BBC Introducing and I made my live premiere performance at Global Pride which was broadcast to over 57 million people! I became an ambassador for 9Monsters & Miami Beach Pride and have written the official song for Pride 2021. I got my first contract as a remixer at 17, creating chart-topping remixes for amazing artists like Taylor Swift, Kygo, Katy Perry, Ariana Grande, Harry Styles and more. Lady Gaga liked my remixes so much she followed me on Twitter! I've also composed for many video-game franchises like TEKKEN, Gradius, Sonic the Hedgehog, The X-Files, Contra & Titan Wars. Later, I made my artist debut in Japan when I accidentally broke the Recochoku International Chart top 5 without any promotional support. Since then I've gone on to work with the country's biggest artists including Juju, Ayumi Hamasaki, DJ KOO, May J., SHUN and more. I represented the UK on the TV show "Nodojiman THE WORLD!" which had over 12 million viewers. In 2019 my single "Lay Down on My Heart" was the first J-pop song ever to air on BBC Introducing in the UK and I headlined the Tokyo Bon Summer Festival.