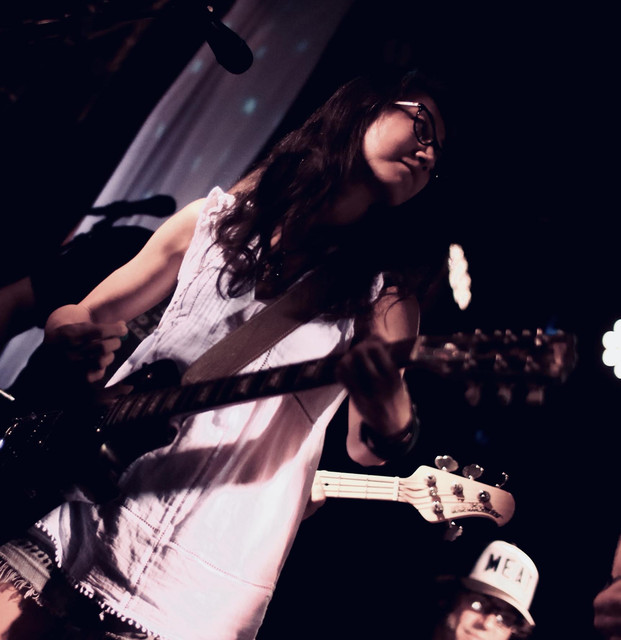 A kitchen-sink twist on Americana; an odd-lot of original songs that fit together like a soundtrack for life’s literal and figurative trips.  Trio Of Awesuhm is the stage name and band moniker of singer-songwriter Monica Uhm. As a “serial collaborist”, a small army of musicians she’s met through the years gathered together to bring some of her marquis songs to life. Seasoned professionals and amateur musicians contributed in unique and generous ways to craft recordings that are honest and “live”.  The album title “cowboys&aliens” is a nod to the frivolity of putting labels on anything and yet it probes the question of what is native and what is extra-terrestrial in music and in life. It is only nominally related to the major motion film; though Monica never saw the movie, she thought it very ballsy to go that big on such a preposterous premise. Why not? Why the hell not?!? Which was the theme driving every move big and small on this project. There was no master plan - just a string of happy accidents and not letting convention stand in the way of fun.  With its radio debut on 102.7 WEQX The Real Alternative, the album has already started to reach listeners in the furthest corners of the world from Australia to Slovenia to Switzerland. Recent live shows include The Bitter End in NYC, Garcia’s in Portchester and Alvin & Friends in New Rochelle.  (Photo / illustration credits: Austin Hein Productions / Cindy Dircks / Dennis Dempsey)