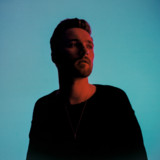 From his first recordings Nick Wilson was moving with momentum. The English songwriter seemed to implicitly grasp where he was travelling to, crafting beautiful, soft-hewn nuggets, blissful acoustic melodies wrapped around pearls of wisdom. With five EP’s and over 100 million streams under his belt, 2021 sees Nick releasing something bigger. His debut album – defiantly crafted during lockdown – is his boldest statement yet, and it could well be his most affecting, and profound.   Gorgeous, gilded songwriting, Nick Wilson’s work is worth aligning next to Bon Iver or Ben Howard, with elements of Phoebe Bridgers’ emotional heft in there, too. As Nick puts it, he’s infatuated by the craft of songwriting. “The lovely thing about it,” he insists, “is that you can have these little pockets of space to play around in, but then you can do things really quickly off the back of them because they’re not quite tied in together. They can be separate things.”   Tying his music together is a commitment to truth – it’s there in those early EPs, and it scorches through his debut album. “The main thing for me is conveying a message,” he says. “And it’s not necessarily for me to say what that message is. But the fact that people relate to it is the most valuable thing for me. And it’s the most reassuring thing.”   ‘Now I’m Falling’, the debut album from Nick Wilson, releases August 6th on Never Fade Records.